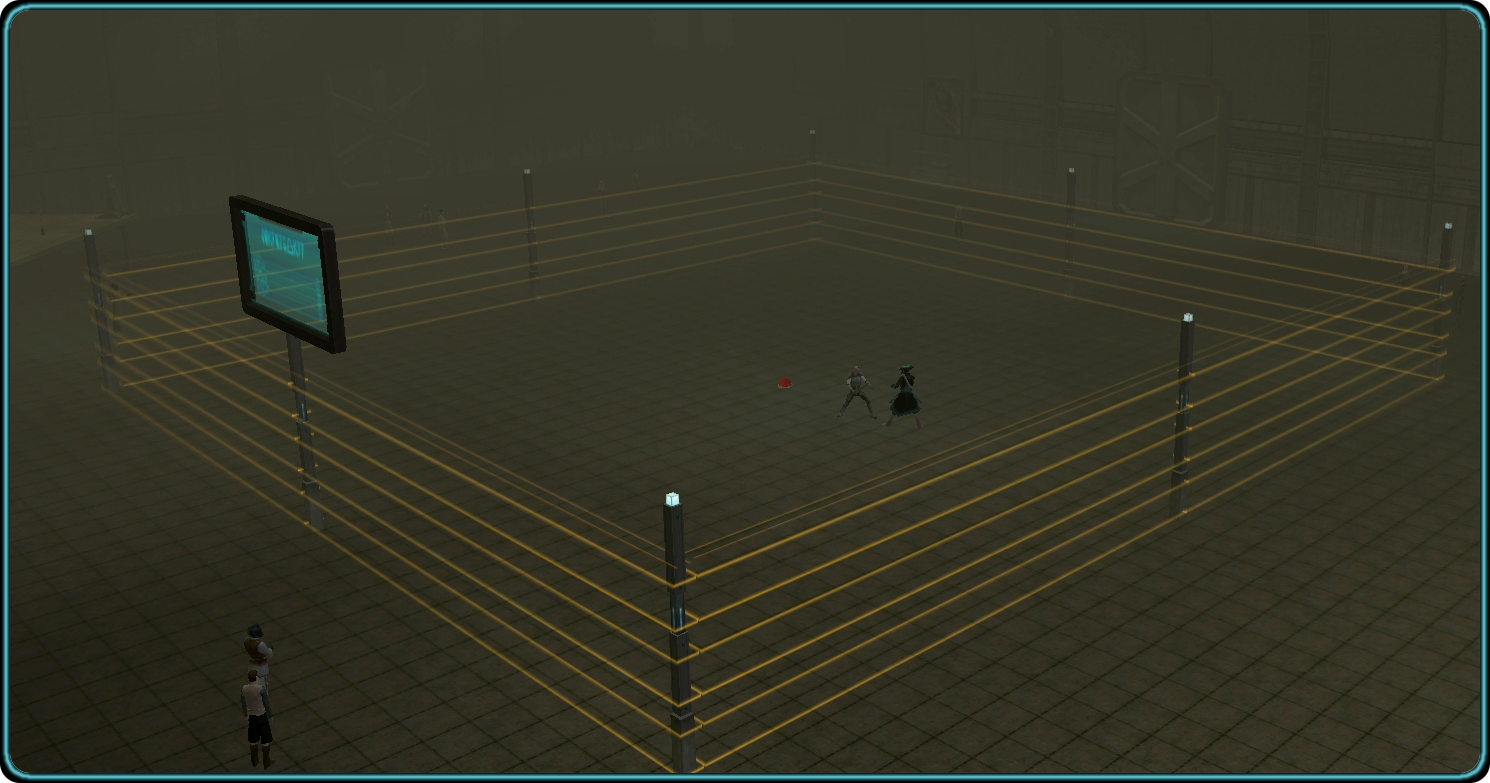 At long last, rewarding criminal activity can be found on Tarkin's Revenge. Begin your journey through the underground fight clubs of the galaxy by talking to Kath Scarlet, at 17, -4242 Corellia in Coronet. If she deems you a force to be reckoned with, she'll give you a passkey which grants you access to Coronet's Lower Levels, and the club The Coronet Underground, which can be found there. This is where you'll begin proving yourself as one of the most elite fighters in the galaxy.

You will need multiple damage types, excellent equipment, and personal shield generators to make your way to Champion, and to progress throughout the network of semi-legal and illegal clubs nestled throughout the galaxy. Each championship win will earn you prize money, a badge, and an invitation to the next arena. In each arena, you'll face a timed fight against 12 opponents. You'll be on your own - you can't be grouped with anyone, be healed by anyone, trade with anyone, or call pets or droids while competing in an arena. There's no breaks or downtime, either. 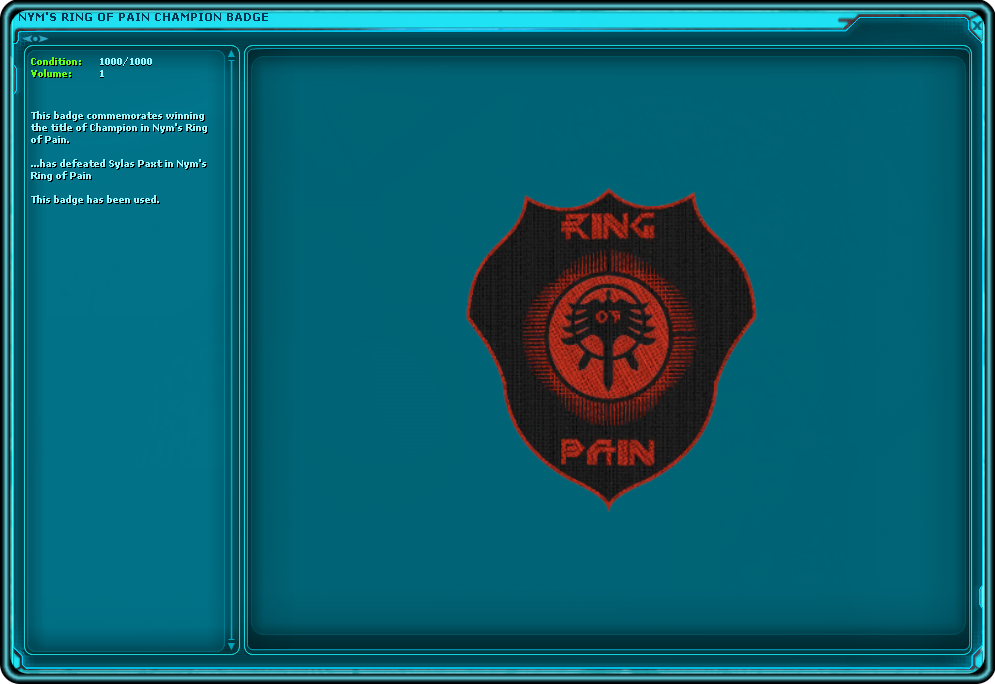 The first two clubs fall within a gray area legally - nobody dies, so the law pretty much leaves them alone. But by the time you reach Nym's Ring of Pain, all bets are off. You start gaining infamy, which means the local authorities will eventually hear about you, and they'll send bounty hunters after you! Infamy, like visibility, decays over time.

After Nym's, you'll need to keep that infamy up in order to progress. If it falls below a certain threshold, arena gatekeepers won't recognize you or let you in, and you'll have to redo a lower-level arena to be allowed access! You'll also find there's a cooldown period after you exit an arena, equal in length to the full fight timer of the arena you just left (between 30 minutes to an hour). They'll insist you take that time to recuperate, since you're less valuable as a tired-out shell of a fighter. 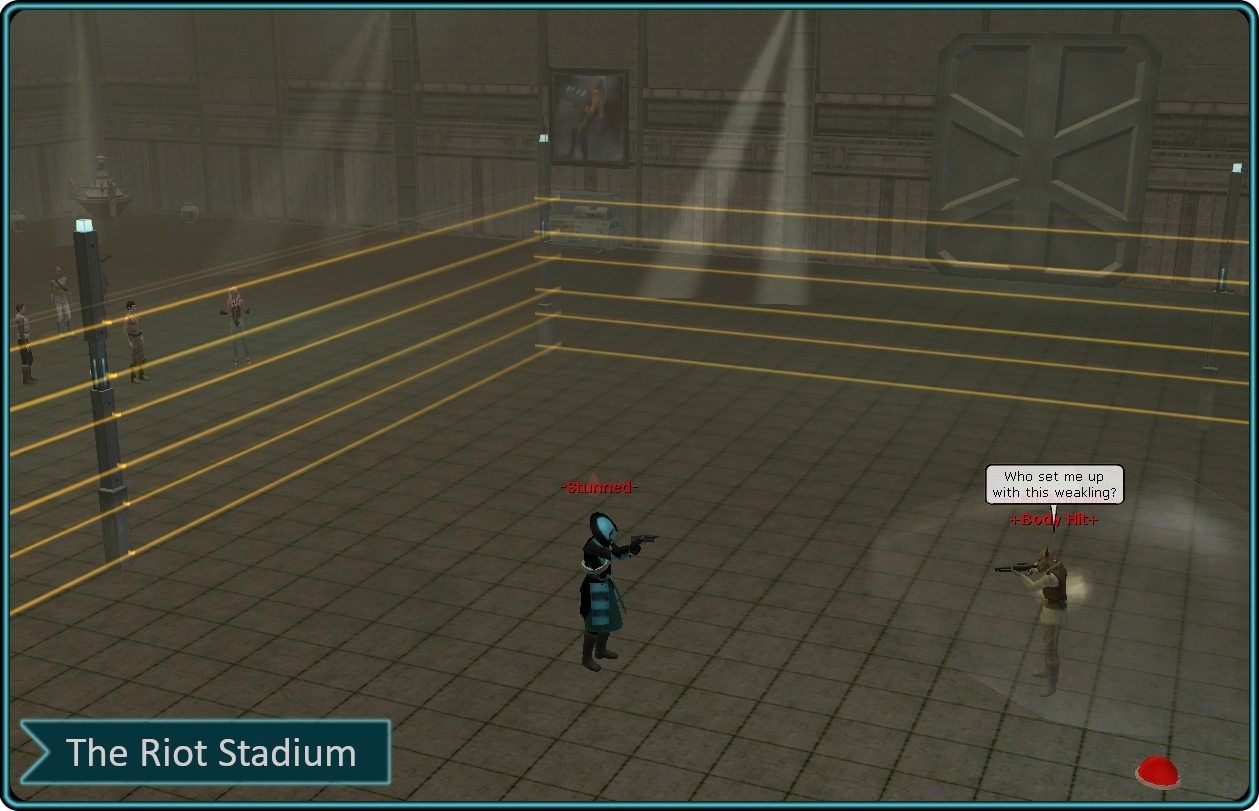 Within the arenas, you may find yourself ...uh...acquiring your opponents' weapons. You'll find this happens occasionally in the low-level arenas, and far more frequently as you progress. While these weapons are too "hot" to take to market, a weaponsmith who isn't too concerned with where they came from should be able to study enough of the same type to reverse-engineer component parts that are unique to each type. 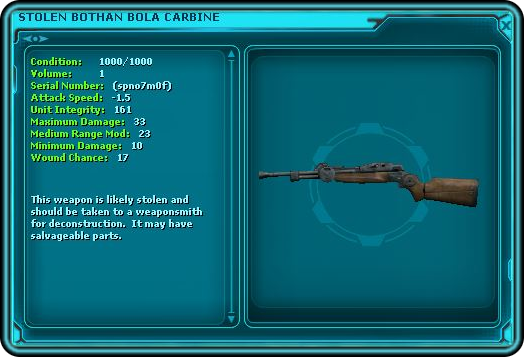 Being infamous has its own rewards as well. You'll find that mission-givers will pay more to hire a renowned fighter to work for them. And if you get caught? Well, that's no concern of theirs.

And lastly, NPC arena champions have the chance to drop such desirable goodies as Nightsister vibro motors, R.I.S interwoven segment schematics, and more!

Bounty hunters who successfully complete a mission against an infamous fighter, in addition to their payout, will receive a custom-named wanted poster trophy, indicating their kill.

At the location of each arena is a gatekeeper and a door.  Would-be fighters speak to the gatekeeper to enter as a contestant. 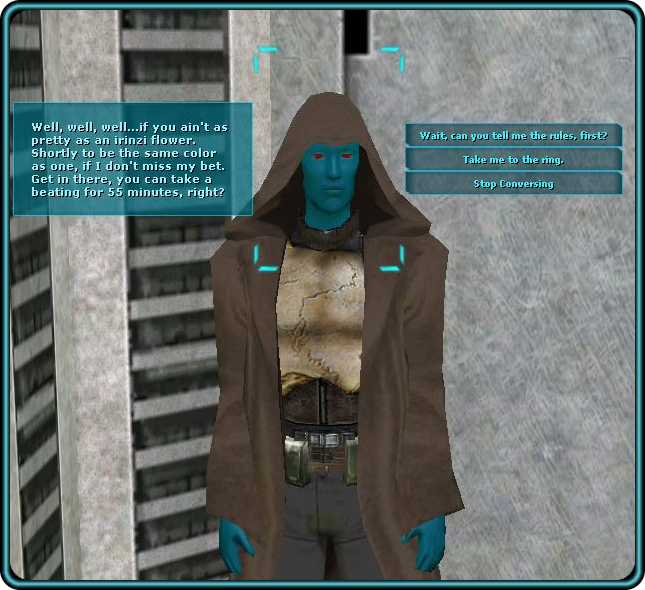 Players wishing to watch the fights as a spectator use the radial menu on the door.  Since the arenas are instanced, there may be more than one player fighting in a particular club.  The spectator can choose which player they wish to watch.

On one side of the arena, you'll find a scoreboard.  Examining it will show you how many times a particular player has been declared Champion in that arena. 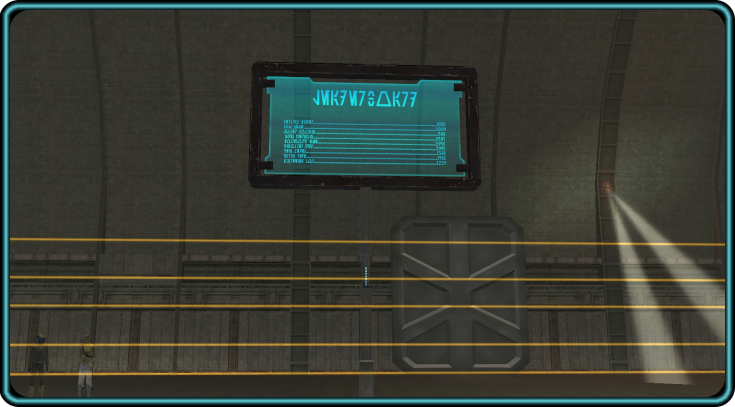 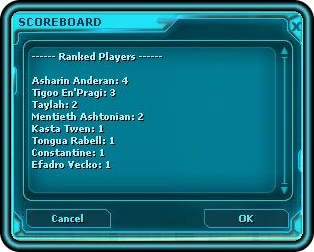 If you find yourself overwhelmed and need to duck out early, there is a Yield Button in the center of every arena.  Be cautious though - crowds don't like contestants who give up.  You'll find yourself on a 12 hour lockout from the arenas if you use this means to quit. 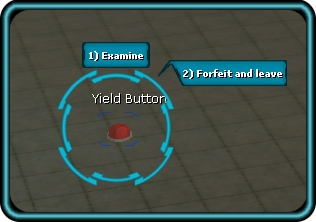 Spectators may come and go as they please, and there is an exit sign on the door for them to use if they wish to leave early. 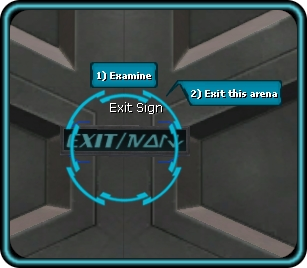 And the icing on the cake is the brand-new zone where the first arena is located, Coronet's Lower Levels. 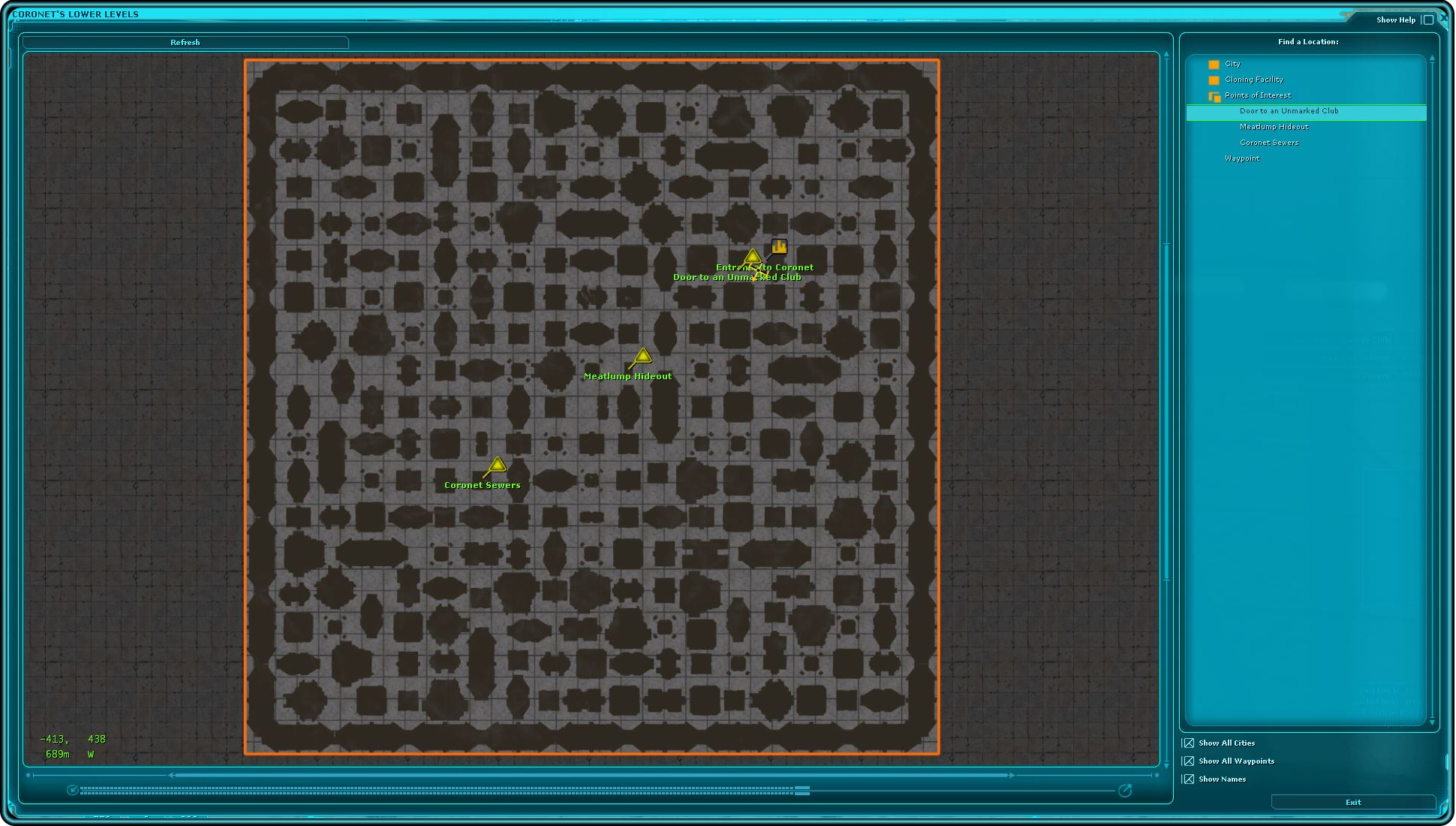