Word of terrifying, monstrous freaks of nature has spread across the galaxy. They're out there...

They are saying these vile creatures are rare, but when found, are terrorizing the countryside, leaving death and destruction in their wake. Many an adventurer has gone after one of these beasts, and few have returned. But those who have, tell tales of incredible loot - rare and precious objects - available for the taking for the lucky hunters who kill one.

Be warned - these monsters take no prisoners, and the faint of heart should steer clear. May the best of luck be to those who seek them out. 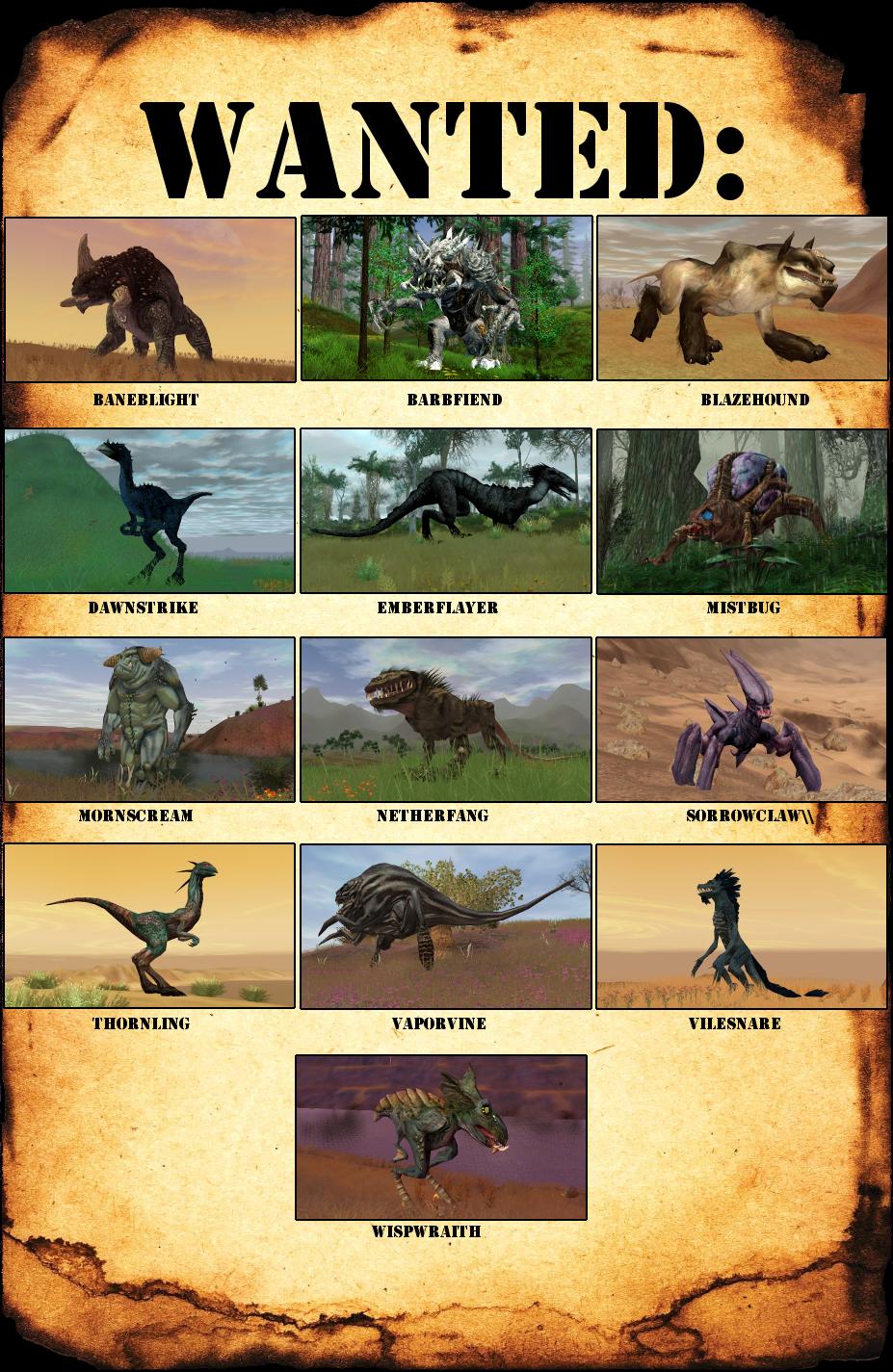 Each boss has different resists and specials, as well as different loot groups. Drop rate is 100% - you or your group are guaranteed one thing from the "really good" groups, two things from the "good" groups, and four decorative or otherwise useful items. They are meant to be rare, a challenge to find, a challenge to kill, but rewarding when you do.