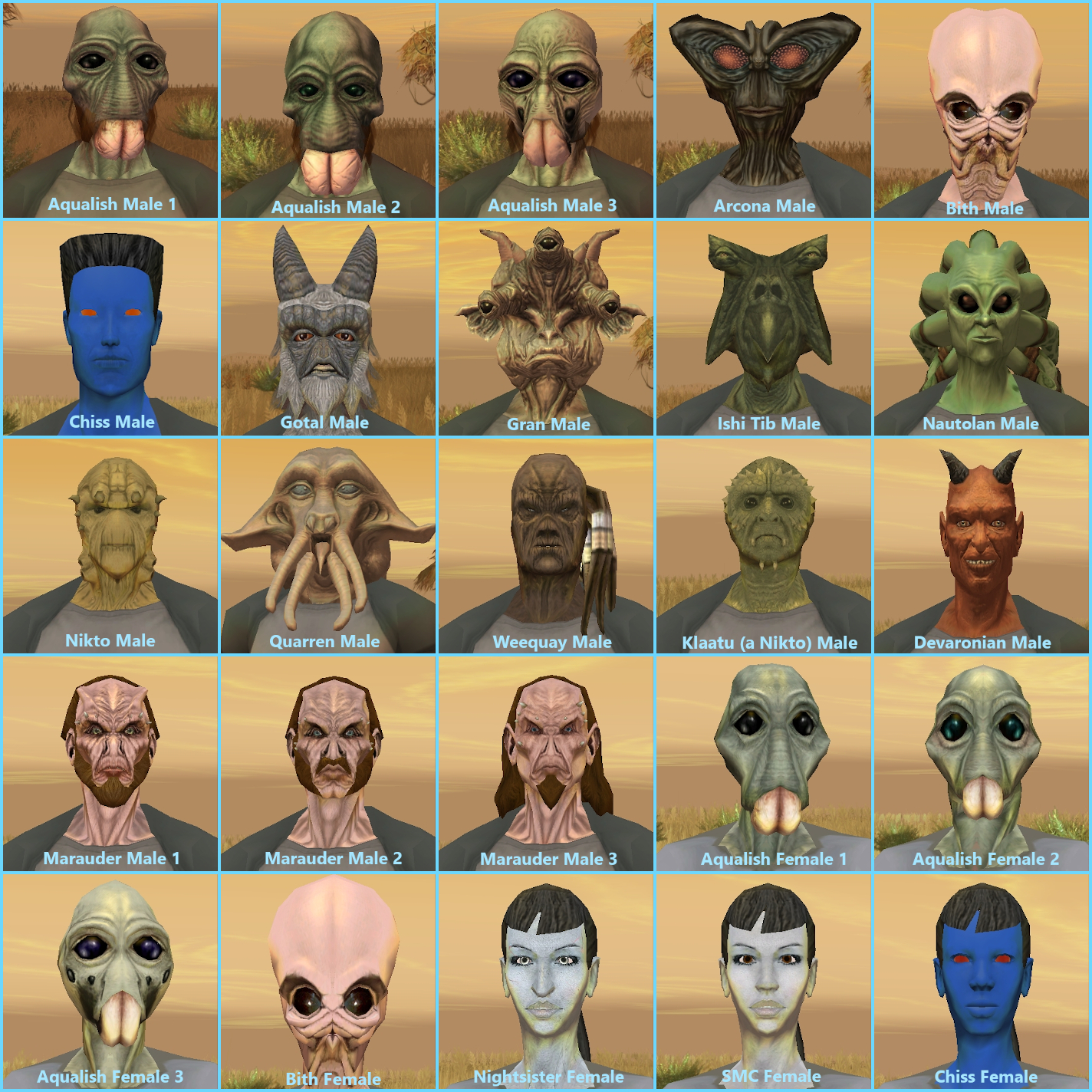 Have you ever wanted to roleplay as a different species, but found the standard selection too limiting?  Rather than go through the laborious process of creating new player species, we have added species costumes that you can wear.  You take the appearance of the species shown on the costume, and it persists through logging out, until or unless you choose to "/wearcostume remove".  Unfortunately the costume will not persist through server restart, so after we take the server down for updates, you will need to re-apply your costume.

To pick up a costume, visit the Junk Shop Owners (the same guys who sell palette posters!) in Coronet, Theed, or Mos Entha:

To use a costume you must be a human male or female (costumes are gender dependent).  The reason behind this choice is to limit the amount of "you can't wear that" and weird fitting issues that players would otherwise see.  The game still thinks you're a human male/female and will limit your clothing choices accordingly. 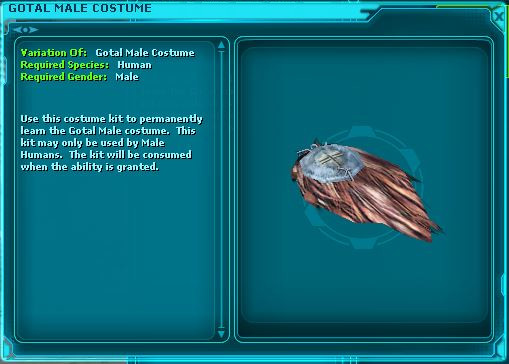 Use the radial menu on the costume to grant yourself the ability to use it.  Then look in your Abilities & Commands window (Ctrl + A) to find the ability in the "other" tab.  Click it, and your costume will be applied, and you will briefly be re-zoned so that your clothes and hair load in.  (Note: if you use a modded version of ui/ui_styles.inc you will have trouble with the new icons.  This requires the use of the custom version we have in our tre files).

Unless your costume of choice is Chiss, Nightsister, or Singing Mountain Clan, it is strongly recommended that you image design yourself bald.  Most of these species do not have hair, and trying to wear hair with them will result in either a really weird look, or an invisible head.

Some of the species can wear headwear (hats and helmets), some will clip badly, and some will show an invisible head.  Likewise, some species have differently-shaped hands and feet, and gloves and footwear may clip.  Such is the nature of the beast, and it is part of the reason why we chose a temporary solution like a costume, over the commitment of new player species.  It is recommended that you remove your costume if you need to wear a helmet or gloves, such as for combat.

You can image design your skin color to varying degrees - the palettes they use don't match the palettes you'll see, and some have very small palettes, so try the first few colors and see what you get.  Some of them only change the tint by a little bit.